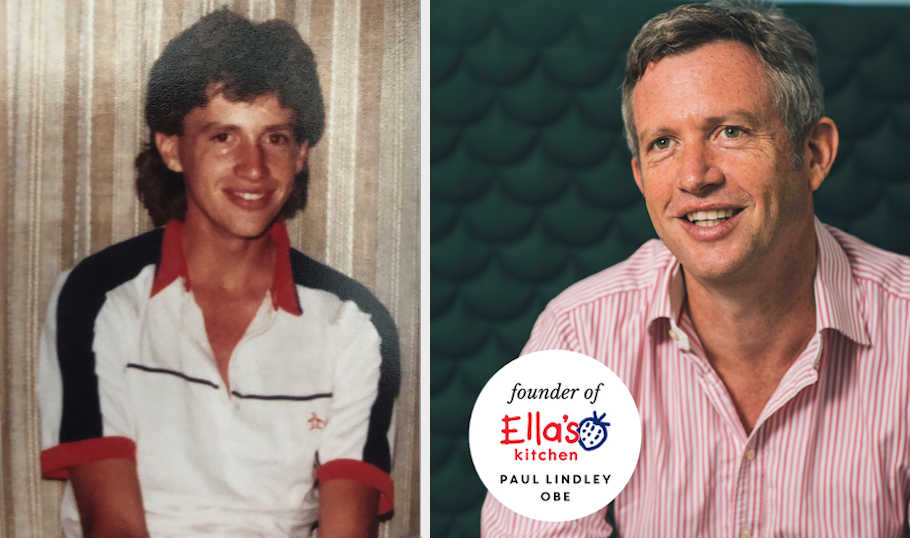 A Letter to my 15 Year Old Self

Last month I was privileged to be the guest on Holly Tucker’s podcast series: Conversations of Inspiration. Which, in 60 minutes, covered a range of subjects centred around business being the key to solving society’s issues.  Listen HERE.  For the episode I’d been asked to write a letter to my 15 year old self, which I found really hard not to write as though to my children: with the faux sage advice of a father who had, like us all, actually largely stumbled his way through from growing up to getting grey hairs.  I’ve had kind comments about it, and requests to see it written down.  So, I thought I’d bare my soul and share it in audio and in black and white here.  Gulp…..

They asked me to write a letter to you, which is me.  Which is weird.  So, I wrote two - just the break the rules.

The first is for when I would have been rushed but just needed a little help or focus and it’s….

Whatever you are.  Be a good one and be a kind one.

The second is more wordy -but only really helps to understand why the first letter is so important.  It goes like this….

So, we made it to at least 53! And you’ll be relieved to know I - you! - we!! -  found the confidence along the way to take the road less travelled: and that has    made all the difference. Just as Robert Frost told us it would in his poem that is still tucked into my wallet today.

And the road’s been more winding that you could imagine - and it will take you through some pretty dark valleys but also to loads and loads of incredibly beautiful summits.  And you’ll find that we’ve stopped and appreciated the summits more because we’ve been in the valleys.

I’m still on the road, still accelerating at times, stopping and looking around to discover places and learn from people along the way, and you know what - I’m not sure now exactly to where it leads, but that’s the exciting part - it’s taking us in the right direction, and I’ve learned that we should just enjoy the drive, it literally is the drive of our lives.

So I decided along the way to take a detour or two - some were dead ends, others turned out to be short cuts, and some - the most memorable ones, introduced me to places that I would never otherwise have seen, and people I would never imagined I could have met - each adding something meaningful to the purpose of our journey.

I - we - ‘ve done things that you’ll think were impossible: we married the most beautiful person whose been our soul mate and fellow traveller for nearly all the time that separates you and I - and have two kids that are already older than you are now - and I see you in them every single day.

And in knowing how your story pans out - for the next 38 years at least - I have given them the same advice I give to you here.  And that’s to have no regrets, live that one life the two of us have so that when we are gone there was a point to us being here.  They can say that we lived, loved, learned and left a legacy.

The most profound learning you’ll have is that people matter, and that’s pretty much all that matters - and that there are almost 8 Billion you can meet, learn from, give to and feel connected with - so don’t travel alone, stop and chat when you can.  And keep those you love close and treasured.

We are unique, and we should be us no matter what others say, however much we are told to confirm for conformity’s sake, no one else has the thoughts we have, the ideas we create, the potential to improve things we can suggest.  And as such - you were, and I remain, a ripple of hope for the future if we stay true to being the whole unique person we are.  Indeed, everybody is that powerful!

That same little boy, both of us once were - the one with the imagination, and self-confidence, the determination and free thinking, the one that loved to play and showed his emotions - well he never leaves us!  And because of this we will do way better that those that lose touch with their toddler self.

Trust me it gets easier!

So, here’s the thing - it’s what you do that counts, not what you could do, should do or are told can’t do.  It’s not the qualifications that will make the difference, it’s not even just the undoubted privilege you have  - but always be humble to acknowledge that, and fight to share it widely with others - but it’s the ability you have to take the step into the unknown with confidence, purpose and determination that will make the real difference - don’t let life happen when you are busy making other plans.

And you know how your heroes are the two Bobs. Well, they will sustain you and help you thrive as they remain part of your map of life.

They were right, and you were right to be inspired to live your life with the moral imagination of both.  I have never forgotten Bobby Kennedy’s assertion that whilst some people see things as they are and ask why, I dream things that never were and ask why not.

And you’ll be so pleased to know that I still look to Bob Marley’s words to make sense of our journey in life. He was so right:  Don't gain the world and lose your soul.  Wisdom is better than silver and gold.

But the biggest influence in my life has been neither of these people.  Its someone who’s head is in the clouds and imagines, and whose feet are on the ground and is humble, and who therefore is curious enough to search, confident enough to explore but mindful enough to be thankful - and that is YOU.  My self-confidence!

Right lets push on, on this road less travelled - I wonder where the next stop is, there’s only one way to find out…..…..