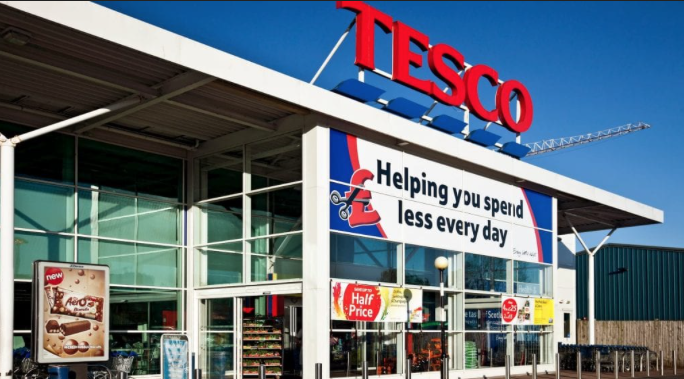 A Resolution to an Unhealthy Problem

The potential power of my two little TESCO shares…

In December I took the plunge and invested £4.80 in two TESCO shares. You’ll know that TESCO is the UK’s biggest supermarket with a 27% market share.  It’s a really important company to the success of the British economy: employing over 300,000 people and operating over 4,000 stores in the UK alone and selling us over £50Billion of food each year (Statistica.com 2016).  As the founder and former CEO of a company supplying into the behemoth, I know what clout the company has not only in the supply chain of British retail, but in what foods we eat as a nation.  It’s not an exaggeration to say that the decisions it takes affect us all.

Like every British company, it operates under the Companies Act 2006 and its internal governance is managed by its Board of Directors.  Additionally, in being a public company, it will assiduously adhere to its responsibly for the required public statements on its activities.  It is owned by pensions funds, asset managers and individual shareholders for whom it has constantly returned a stellar performance -  its 2020 half year results show sales increasing 8.6% and pre-tax profits climbing by 28.7% to £551M (yahoo finance, Oct 2020). Impressive.  Hence, I bought my two shares.

However, I admit I had another motive to buy my shares.  ShareAction - the charity whose mission is to unleash the positive potential of the mainstream investment system - had brought to my attention that there could be an opportunity to make TESCO an even better company for all its stakeholders, and for it to provide real leadership to its competitors. This opportunity to exercise shareholder power AND to help TESCO better measure and report on its contribution to the nation’s health will make it more accountable for the implications of its commercial and marketing decisions.  It may also help it to prioritise long -run returns over short term profit. This type of corporate democracy lights my fire.

For context, let’s first take a step back and think about the big picture of how TESCO executives likely build their business strategies. They will make them within the British economic eco-system. Core pillars of that eco-system include the notion of shareholder primacy (where directors govern the business for the interests of shareholders first, thereafter, considering its impact on broader society and the environment) and the principle of free market capitalism: which provides limited regulation and a freedom not to have to account for externalities (the impact of its operations on society and the environment - the costs of which must be picked up by the rest of us).

An example of an externality for TESCO would be the cost to society of dealing with the effects of poorer health of its customers (that’s most of us) resulting from their consumption the food it solely has chosen, promoted, discounted and sold under a strategy focused on maximising its shareholder returns.  And so, perfectly within the law and in-line with its internal policies, it can decide, just as examples, whether to offer BOGOFs (buy one, get one free) on 1,000 Kcal ‘individual’ pizzas, to stock only the high calorie versions of products on its shelves, and to offer ‘sharing’ bars of chocolate at each check out till. It inevitably will make its decisions on what it does with primary reference to maximising its shareholders’ returns and what it thinks its consumers might want or spend another pound on.  It has no legal responsibility to wider public health for example, or the cost to the NHS of treating the effects of obesity from too many people eating too many free 1,000 kcal pizzas.

Our economic system therefore offers few ways to correct any societal failings that result from the notions of shareholder primacy, a systemic indifference to accounting for externalities or a divorce of the short term interests of a company from the long term interests of a society in which its employees, customers and investors live.  TESCO therefore does, like all other companies in this eco-system, what you would logically expect it to do - and as we’ve seen it does it exceptionally well.

I’d love to change the eco-system so that we operate our economy with more purpose and with purposeful businesses fuelling the creation of prosperity and wellbeing. I’d love it to overtly recognise the interdependence between the economy, the environment and our communities - all of which need to be healthy for the whole thing to sustainably work well.  Indeed, I work to try and effect the change I seek, which I know may take a while.

In the meantime, however, with the help of ShareAction, I worked out that my two TESCO shares can nudge change within the existing economic eco-system, and therefore maybe help TESCO make better decisions for the benefit of us all - including its shareholders.  I copped on that although I only have two out of almost 10 billion ordinary shares, I have a right to use them to cast two votes at TESCO’s AGM, and more excitingly, collaborate with at least 99 other individual shareholders and institutional investors (together holding at least £10,000 of value in TESCO) to file a resolution at that AGM and invite all shareholders to vote on the proposition.  I copped on because ShareAction had taken up the cudgel of corporate democracy and shareholder voice - and had the brainwave to test such activism by convening and organising shareholders like me to help create healthy markets. Impressive.

Last week ShareAction announced it had successfully filed a resolution on behalf of 101 of us individual, and a small group of institutional, shareholders.  The resolution simply asks TESCO that going forward they share with their owners & society-at-large how much healthier vs unhealthier food they sell and set a target to increase the proportion of the healthier food. Doing so would mean that we could each then see clearly the kinds of food a market dominant company chooses to focus on selling, and that it itself could therefore make better informed decisions -and more easily take actions- that better benefit its shareholders AND stakeholders. We all then could take a view as to whether TESCO is a healthy business, which is intensely relevant if we might, for instance, want our pensions invested in healthy businesses that know they depend on healthy consumers and a healthy environment to thrive.

TESCO’s AGM is in the summer.  The challenge of securing a successfully filed resolution has been met; but the chance of it passing is still uncertain.  However, it is now infinitely bigger than it would be if there was no such resolution, and now that it has been tabled and been widely and positively reported in the press, media and social media; momentum, logic and doing-the-right-thing may convince the big shareholders to reflect on how they cast their votes.  Equally possible is that the TESCO board and management focus on seeing the bigger picture; begin to believe that they have a human if not legal responsibility to report on the healthiness of their offerings; and see that their shareholders’ long term returns are best optimised by helping their customers live healthier lives.  Indeed, they could, by using the privilege that society has afforded them under their limited liability and market influence, to show real leadership in building a healthy society, economy and business.

I’m so uplifted that ShareAction has taken this initiative and has brought people together to be creative in offering real change for a better future and a healthier nation.  It’s only one tiny step, which might just catch the zeitgeist of our times as we seek to build back better from the pandemic, but as TESCO itself so effectively says: Every Little Helps.