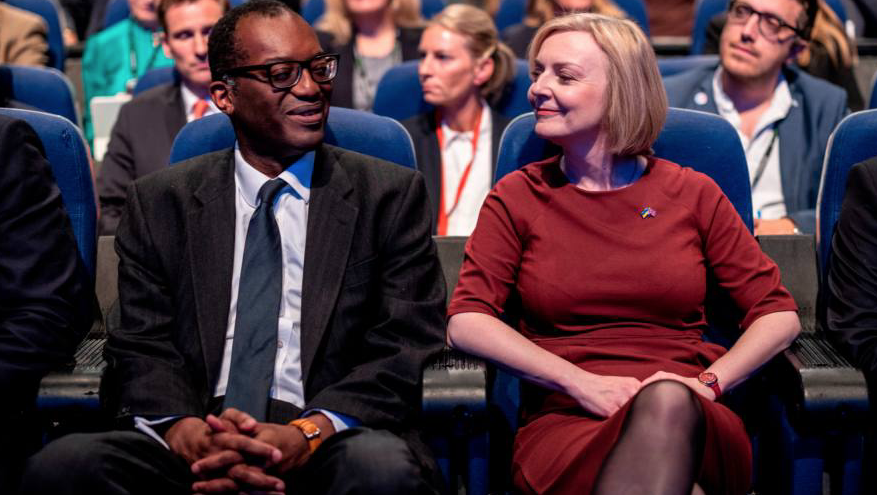 Only One Major Party has a Viable Plan for Growth

... and its not the ideologues in power.

First publsihed in The Times Red Box on 14th October 2022.

As Liz Truss faced Keir Starmer at Prime Minister’s Questions on Wednesday she surely reflected on a world turned upside down since her first and only other encounter with the Labour leader just a few weeks back. It must now seem a political lifetime ago for her.

While some might have viewed last month’s ‘kamikaze budget’ as an economic earthquake out of the blue, to me and many business leaders it merely represents the tipping point for an ideological approach to the economy which has recently led the Conservative Party far from where they can claim to have any understanding of the private sector or what constitutes a healthy economy.

After 12 years in power, we bear witness to an unproductive, low-growth economy - one that offers workers and families only stagnant wages and declining living standards and investors little confidence to invest. This is no coincidence. For an economy to grow its businesses it needs a government driven by purpose and direction, acting with credibility and competence, and that encourages confidence and stability. Yet this new government, in its six-week tip of a 12-year iceberg, has shattered any illusions of each in its strategy of gamble and hope.

Building sustainable economic growth is serious business. Yet the UK Government’s investment in research and development (as a percentage of GDP) has been, for example, around half that of the German and Japanese governments. Unsurprisingly, this correlates with Britain ranking 36th of 38 advanced countries for levels of private funds invested in the years before the pandemic. The IMF projects the trend to continue, meaning an investment gap of £800 million over the next five years. No wonder our productivity in some areas is more than 20% lower than many of our European competitors.

Now our new Prime Minister and her Chancellor seem obsessed with using the British economy as a guinea pig in a failing ideological experiment. Deregulating, cutting taxes for the rich, while sitting on their hands and crossing their fingers that wealth will trickle down from bankers’ bonus cheques to hard-up families does not constitute a plan, nor direction and purpose. Needless borrowing that spooks the markets and causes chaos to exchange rates, interest rates and pension pots in order to finance a spiv’s version of the discredited 1980’s economic theory of Monetarism does not wash. It demonstrates neither competence nor credibility.

Monetarism’s ultimate belief is that companies should have no social responsibility because their only concern should be to increase profits for themselves and for their shareholders. Its implementation failed a generation ago, and following a global economic crash, a pandemic and a climate emergency its beliefs have no place in the moral code or social contract of the 2020s.

Ultimately, the needs of business and the health of Britain’s economy are not being addressed by this Conversative Government. They don’t get it.

Thank goodness then for Keir Starmer and a Labour Party rebuilt on human values, economic credibility and an aspirational vision for a prosperous and secure economy in which business leaders and working people are each respected. “I’m not just pro-business, I want to partner with business”, he told his party’s conference. “Business leaders aren’t knocking on my door saying they want to rip up employee rights. They don’t tell me the problems they face will be solved by corporation tax cuts; they want fair taxes, high skills and the long-term confidence to invest.”

Labour’s investment-based approach is exactly what Britain needs - but what is most impressive is the way in which Starmer connects the drive for economic growth directly to the net zero agenda. While Truss blames the bogeyman of an imagined ‘anti-growth coalition’ for her government’s failures Starmer sees green policy as a route to create up to a million new jobs across the country - levelling-up and putting demand back into our economy, whilst also boosting supply chain security by backing British industry. Partnering with businesses to drive industries of the future and to build more resilient foundations really is a win-win, and Labour seems to know it.

Starmer is a serious leader for our seriously worrying economic times. He has an aspirational vision for our future, with ambitions for Britain to lead the way in offshore wind, hydrogen, and electric vehicles. He also has a serious team to deliver confidence to the markets, producers and consumers; with serious polices such as Rachel Reeves’s promise of a National Wealth Fund, the creation of GB Energy and Johnny Reynolds’ comprehensive Industrial Strategy. Meanwhile recent public conversations hosted by Renaissance have demonstrated that grassroots Labour members are enthusiastic about the party’s pro-business, pro-worker policies.

While Truss sees the green agenda as a barrier to growth, increasing numbers of business voices - including my own - consistently see net zero as an opportunity to deliver the greener, more sustainable and purpose-driven economy; bringing economic, social and environmental benefits that we all value. That is why it is important that Starmer promises not just to deliver on the important specifics of green policy - such as more wind turbines and new green steel plants - but also on the wider ecosystem and human skills that can benefit us all. Labour’s new Plan for Skills and its promises on childcare reflect the most important aspect of all of this - that workers and families across the country generate wealth with ‘everyday’ jobs in the ‘everyday’ economy, not just the top 1%.

The economy is always supposed to serve society - not the other way round.  The point of creating wealth is to help us all live better lives.  But somewhere along the line, especially in the past decade, we have lost track of what it means to build a human-centred, purpose-driven, sustainable economy where business and government work in partnership as a force for good.

The current government do not ‘get it’ because they trump practicality with ideology, they prioritise the rich few over the left behind many and they cling to power with the strategy of a casino punter using someone else’s money for one last roll of the dice. There is now a serious alternative which for many has become the party of business with THE credible economic strategy. PMQs will continue to expose the differences between the two, week after week.